Birds at the Cloisters, in Chelsea, and Sleepy Hollow

Over the past several weeks, I was able to interact with the local fauna, namely birds.

My friend Caroline and I went up to the Cloisters, taking the train all the way up to Fort Tryon Park. This was our annual pilgrimage. We walked through the park and got to the Cloisters pretty early. Nonetheless, it was packed, being a holiday weekend. We were, however, able to avoid most of the crowds. We took, instead, photos of the architecture and flora. We got some great pics. 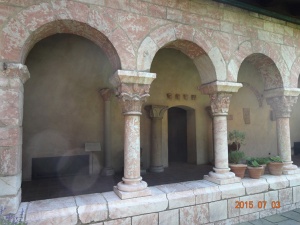 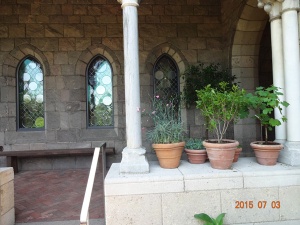 We have taken so many photos of the art in the Cloisters that neither one of us was the least bit interested in taking any more photos. We were parched and went to the little cafe in the Cloisters to get something to drink, and Caroline was hungry. We were stunned to find that the birds flying around the courtyard where the cafe and seating is located landed very close to us and walked within inches of where we were. What did we do? Why we took pictures, of course!

The ledge next to our table

Bird on the ledge (courtesy of Caroline) 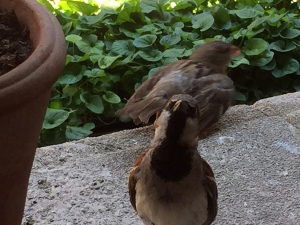 Two birds on the ledge (courtesy of Caroline)

Caroline gets advice on nature photography from expert

The most  interesting one I have already posted, the bird that landed on Caroline’s hand and cell phone, (I’ve posted it again), but it needs a bit more of an explanation. Caroline was surprised by the bird’s attempt to land on her, and there was some guy there with a big camera with a very long lens who snapped photo after photo of the action. My camera is small and cannot simply snap photos one after the other. (It might be able to, but the setting would have to be changed.) I was able to get the one close-up where the bird does, indeed, look as if he is giving Caroline advice. (She latter tweeted the pic.) The man showed us the photos in his camera, then walked away. He never offered to send Caroline copies of the photos, in which he caught Caroline’s surprise and shock. I thought that this was in poor taste. After all, if you take a clear, close-up photo of someone, it only seems right to offer the person a copy.

Weeks later, I walked to the Magnolia Bakery in Chelsea with two friends. We ate our goodies across the street in a little park. The birds there came right up to us, basically begging for some food. Baked goods always have crumbs, so I started tossing crumbs to the birds, which quickly gobbled them up, at which point the pigeons, who were a distance away, came running. (Probably had the cute birds trolling food.)

Though March 20th marked the official start of Spring, the weather had other ideas.

We got a snowstorm that day; the snow didn’t start laying until after three. By evening, it looked like a winter wonderland–on the first day of Spring. Most of the snow melted yesterday in the 40 degree-plus weather. I wasn’t surprised. I knew that Winter would give us one last kick. However, we are moving too close to the sun for this type of weather to last much longer.

This pic is of Canadian geese. (Thanks for the identification, Mary!) This is the same flock that I wrote about a few weeks ago. The birds were looking for ground not covered in snow. The small park near the Tarrytown train station was perfect.